See this link for interviews:  https://abc7ny.com/health/hispanic-healthcare-heroes-essential-to-nycs-recovery/6422623/ NEW YORK CITY (WABC) — Since January, nearly a quarter-million New Yorkers have tested positive for COVID-19. More than 92 percent have survived. Among legions of frontline heroes that have served the city through the crisis are thousands of Hispanic health care professionals.

In honor of Hispanic Heritage Month, Eyewitness News spoke to three Latino healthcare heroes for an inside look at fighting a global pandemic from the epicenter of the outbreak.

Dr. Ramón Tallaj, Chairman and founder of SOMOS Community Care, spent his formative years in Santiago, Dominican Republic, before coming to Washington Heights in 1991 to open his practice.

“My uncle was a pediatrician. My father was a pharmacist. I did not even blink – I knew – I will become a doctor,” said Tallaj.

FDNY EMT Marisel Ronda-Martinez grew up in Puerto Rico and moved to the Bronx when she was 13-years-old.

“I was raised in the mountains playing with chickens and pigs. It was great,” said Ronda-Martinez. “My brother is a paramedic in Puerto Rico, so he inspired me to become a paramedic here.”

Felipe Serrano, an emergency room doctor at Mount Sinai, came to the states from Colombia at age 11. His inspiration to enter the medical field came from watching his parents struggle to assimilate. 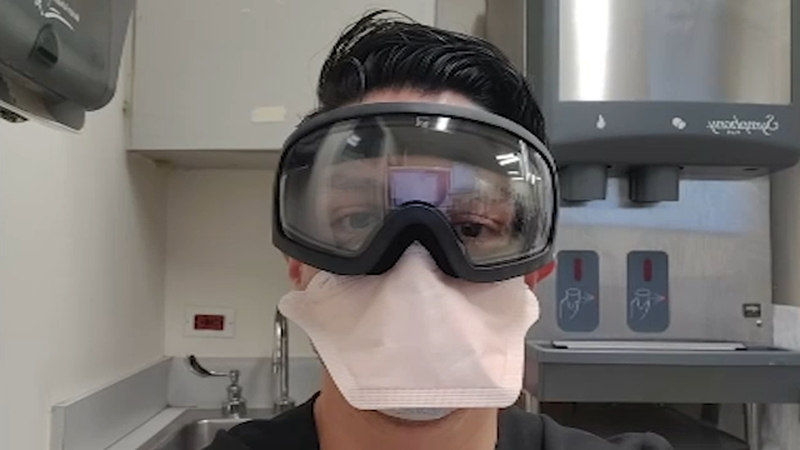 “Having to see my parents struggle with English, I used to go to the doctor with my mom and have to interpret for her, including the OB-GYN, which was kind of awkward at times,” Serrano recalls with a sheepish grin. “I realized it was very difficult for patients who didn’t speak any English to communicate with their physicians.”

One administrator, one paramedic, one emergency room doctor: all part of one team fighting the greatest crisis the city has seen in a generation.

Tallaj’s organization, SOMOS Community Care, is a collective of doctors and healthcare professionals thousands-strong serving all five boroughs of New York City. SOMOS has run testing sites and food banks, and set up hotlines and telemedicine options, always keeping the focus on the community Tallaj has served since he first came to New York.

“I never practiced in rich neighborhoods. I don’t know what it looks like,” said Tallaj. “SOMOS means, ‘we are,’ because we are the community. We are immigrants like them. We come from there. And we know what our people need.”

Ronda-Martinez has seen first-hand how desperate those needs have been in the Hispanic communities of the Bronx, where she’s stationed.

“16 hours, five days a week. In a matter of a workweek, I saw more than 50 people die. That changed my career a lot. Changed the way I think of things now,” said Ronda-Martinez.

For Serrano, the thin silver lining around this massive dark cloud has been the opportunity to help non-English speakers in situations where his parents used to struggle.

“My ability to speak the language, to understand their cultural needs, and to communicate with them in the moment when they are very ill; extremely rewarding,” said Serrano.

Each of these heroes has drawn on the cultural lessons of the past to inform and improve their performance during the pandemic.

“Our community? There was no hope. And we all were afraid,” Tallaj said. “But we were ready to act because we knew our job was to save lives.”

To hear more amazing stories of community leaders and heroes in our area, join ABC7 in celebrating Hispanic Heritage Month.

There are no upcoming events at this time.